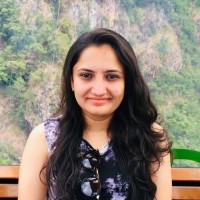 “When every drop of water has become precious in the wake of severe drought in the State, nearly 360 million liters of water go waste in terms of leakage due to old and worn-out pipelines in the city.” Assistant executive engineer of BWSSB (Bangalore Water Supply and Sewerage Board)

Every year, water leakages bring even worsen impact on drought in India where 42% of its land area is facing drought. According to the India water portal report in Bangalore, around 360 million liters of water go waste every day due to leakage and other reasons. Water leaks may result from a variety of problems, many of which are challenging to predict.

Why do water leaks occur?

What is a leak detection system?

A leak detection system monitors the water flow via a plumbing system. When there is an irregular pattern, the system will detect it and automatically cut off the water supply. The water flow can be cut off from every water-using product, helping the homeowner protect expensive loss.

Also, since a leak detection system is programmable, allowing clients to access customized shut-off settings by analyzing each of the client’s water usage patterns.

The internet connection of most leak detection systems provides you the opportunity to monitor your daily water usage in real-time. The system will send notifications when there is an irregular water-usage pattern or water leakage, helping you make real-time decisions. The data will be accumulated on the app, therefore, using this data, you can observe your regular water usage pattern and realize when you consume the highest amount of water, vice versa.

How do leak detection systems function?

Either a mechanical turbine or ultrasonic wavelengths is a major component of the leak detection system because it works by tracking water flow.

Why is installing a leak detection system crucial?

A leak detection system will bring both economic and environmental benefits to households and even to the world.

Because water leaks engineer the use of any water-using appliance, the water bill will be much higher than you expected, thus causing economic burden. However, by installing a leak detection system, you will no longer have to be under the stress to detect water leaks because the system will automatically cut off water if you just click the relevant button on an app. This will prevent any further water leakages, therefore very economically beneficial. In addition, such a leak detection system does not include the cost of leak repair because identifying leaks does not introduce repair costs; you can repair the leaks anyway.

Furthermore, water leaks cause severe environmental problems. Every day, around 360 million liters of water go waste due to leakage and other reasons, according to the India water portal report in Bangalore.

Even though you think that the amount of water that leaks in your home is a small scale, if they are accumulated on a national scale, the amount of wasted water is too large to think of it as a trivial problem. By setting up a leak detection system, you are taking a step toward sustainability and taking action to combat the global water crisis.

How much money and water can you save by installing a leak detection system?

According to the EPA (United States Environmental Protection Agency), each homeowner wastes nearly 10,000 gallons of water on average annually. This could mean that in 10% of those homeowners, the cost of leaked water is about $500 per year. However, preventing water leakages may help homeowners to save water bills around 10%, bringing economic benefits.

How much does a leak detection system cost?

Commonly, leak detection systems for the entire house cost between $500-$2,500 (₹36000-₹180000), depending on the system that is installed. Although the cost may overwhelm you, it will be cost-effective if you consider the benefit that will be optimized in the long run.

How do I install a leak detection system?

There are many corporations which are working on developing and installing leak detection systems. We at WEGoT, also help clients manage water consumption and quality with utmost ease, in real time. To be specific, through our software system, you can make real time action because our app enables you to effectively monitor, control and modify your water consumption based on usage insights. We have installed our own leak detection system in more than 30,000 homes and in more than 40 million Sq.ft commercial space. Most importantly, we have saved more than 3 billion liters of liters of water. You can join with us to take a step toward sustainability.

What an IoT based water management solution can do?